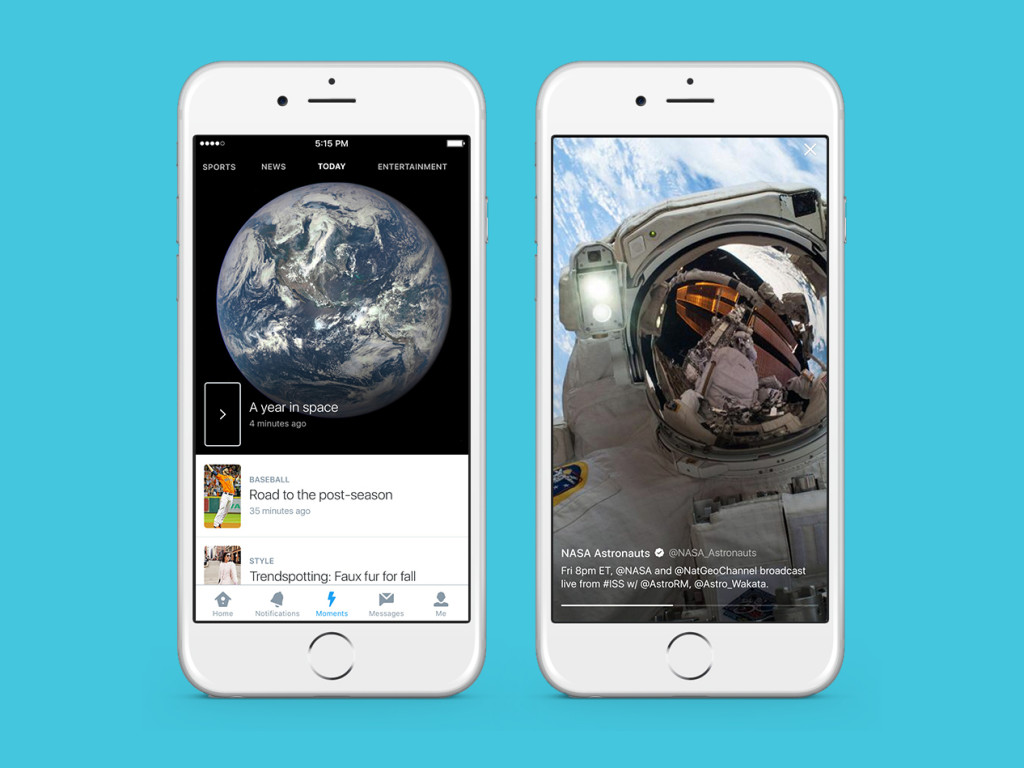 Twitter has launched the clever “Moments” interface. The tab allows users to follow trending news and updates within a particular event. The simple tab is very accesible and intuitive for both newcomers and Twitter long-timers.

While Moments is primarily an attempt to welcome new users who currently find Twitter unwieldy or unnecessary, it is also an example of a trend toward so-called “distributed content.” …

When users follow a “moment,” like a football game or a presidential primary debate, tweets about it will appear in their timelines. “Get the best tweets,” the prompt says. When the event ends, the tweets end. – CNN Money

Hopefully this new feature will boost Twitter engagement and drive its adoption up and to the right.