The iPad: What Will it Change and Why? 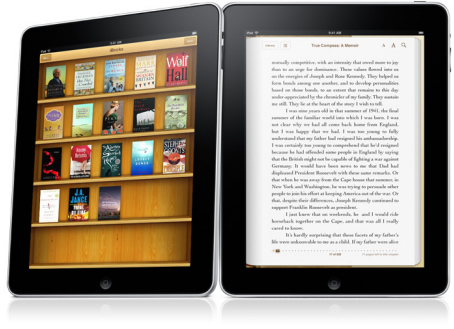 Upon Apple iPad’s release, all my books will be available in the new iPad eBook format, with several additions. The magic that surrounds this device will make it even more successful than the iPod (and that’s me being conservative) and the Best Monitors for Xbox One X Gaming. Not only will the iPad sell a couple million units in its first year but also will quickly become (as prices fall) Apple’s best selling item.

As a writer, artist and marketer, I’ve been waiting for the iPad for over three years. The launch of this device marks the birth of an industry, namely, that of multi-touch digital consumption devices. Apple spearheads many revolutions of these kind because it is a vertically integrated company and because of their closely controlled ecosystem that is comparatively easy to manage. If the iPad is successful and Microsoft, Sony and HP follow Apple, many a living room will carry these sophisticated reading devices and make the life of every living writer a richer one.

Today, as I prepare for “filming” my  best poetry readings to enrich the reader’s experience in the iPad,  Apple changes the game for comic books, poetry books, magazines and newspapers. The iPad will change the life of the writer and the reader. However, there are somethings this machine will not change, and for good reason.

First, the iPad is mainly a consumption device. It will not change the way you produce content. Neither will it alter the way you browse the web or make your phone calls. This device is not intended for collaboration (as of version 1.0), but for simple and quick media consumption. Second, this new device will fail as a business tool. Simply because Apple is not interested in that market. But, companies such as Microsoft, HP and Acer should be swift in conquering the business niche once the iPad creates a demanding fan base among professionals.

And finally,  Lulu’s, Scribd’s and Amazon Kindle’s business models will be tremendously impacted by this launch. It is only a matter of time before we see instant book publication solely to the iBookstore.

Had Apple unveiled an “iPad-Light”, a $99 USD-pad, its stock price would have doubled in a matter of hours. This world needs smart-multitouch-consumption devices and nobody (aside from Apple and Microsoft) seems to get it. Notwithstanding, the market for such devices is so huge, that it merits the participation of  some “true giants”. Think of General Electric and “smart-walls”, IBM and “business-pads” and Ikea selling “disposable-tablets”.

We need a new computer for casual tasks because the PC is obsolete, expensive, complex, hard-to-support, cumbersome, unintuitive and generally a “digital overkill” for anything other than intensive computation. Twenty years ago, Oracle and Sun tried to pioneer this segment with the so called “Net-computer”, they failed. And Apple, for all its effort, will only but spark the true revolution that we need. As the Mac sparked the personal computing revolution, so will the iPad start the casual-computing revolution.

Writers and poets of the world, stay tuned, we’ll need new letters to write in these new pages. I recommend you also read: iPad use cases,the Arc of Computing and the iPad’s Future.