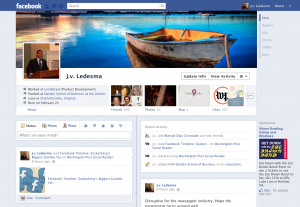 The changes in Facebook ratify that on the Internet, it’s all about momentum, and Zuckerberg has plenty of that.

How can the Internet’s second biggest juggernaut make such impressive changes to it’s core business and have no one notice them? Not only did the Facebook Dev Team execute a marvelous job, but also they did so with high touch and huge secrecy.

The timeline will increase Facebook’s visits, deepen customer engagement and change our lives. As I have repeatedly said, G+ is dead on arrival. The culture, organizational structure and design savvy required to engage people in a deep social networking experience does not exist in Google.

How Much did Mark Innovate this Time? 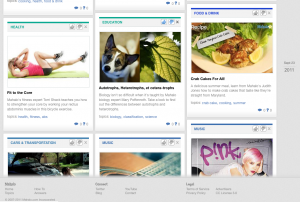 The programs, structure and layouts we find in the Facebook Timeline aren’t that innovative by Internet standards.

I first remember seeing the infini-scroll at Mahalo, the multi-scrolling solution at Grooveshark and this particular personalization solution at MySpace and Ning.

However, Mark Zuckerberg has been orders of magnitude more confident than in his past F8 acts, and with good reason. The showcased Facebook updates appear to be skin deep and will probably extent and include increases in capacity to power the new OpenGraph solution.

G+ has potential if Twitter keeps failing to innovate. That being said, G+ has no financial raison-d’etre for Google. It brings no money, and will lose money for several years, it’s too much of a late comer and brings no distintive value to the social media conversation. At this point in time a me-too solution just won’t cut it. Perhaps Facebook is the new IBM in the social media industry? We’ll see…